The applicants were invited through the skills immigration and express entry BC streams of BC PNP. The Express Entry BC applicants are those who have valid express entry profiles in Federal Express Entry Stream, which is the easiest way to get Canada Permanent Residency Visa. The applicant who receives a nomination from the province of British Columbia will additionally get 600 CRS points that further ease the entire process of getting an invitation to apply for Canada Permanent Residency Visa. 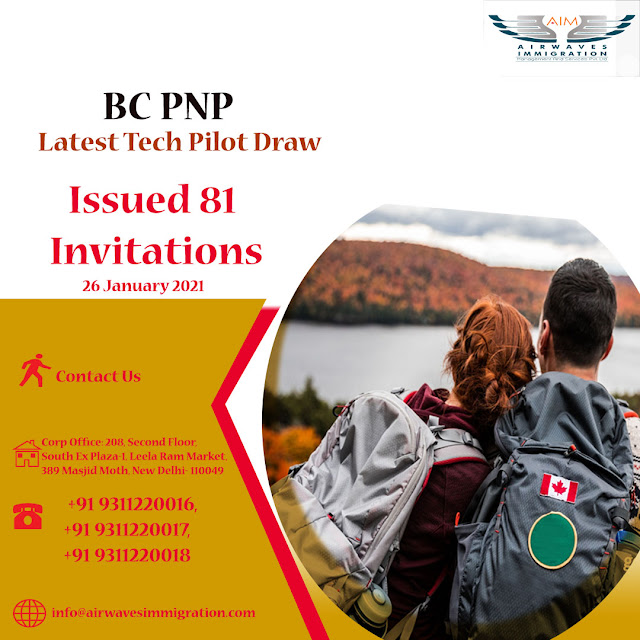 Here are the details about the latest BC PNP tech pilot draw:

Whatever category the applicant selected, they first need to create a profile through the BC PNP's online portal and register under the skills immigration registration system (SIRS). The applicant applied under the BC PNP tech pilot program must have a valid job offer from an employer of British Columbia. Also, the job offer letter must be valid for a period of 12 months and should be listed in the occupation list of British Columbia.

So, do you know you can also apply for British Columbia in 2021? Well, you can explore the British Columbia province of Canada and apply under the best suite category. You can get in touch with expert immigration consultants at Airwaves Immigration.

Popular posts from this blog 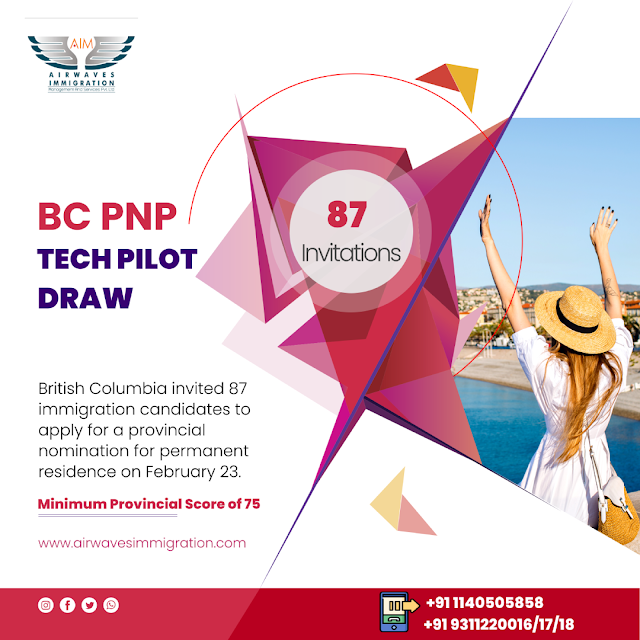 What you need to know about Canada’s new immigration programs 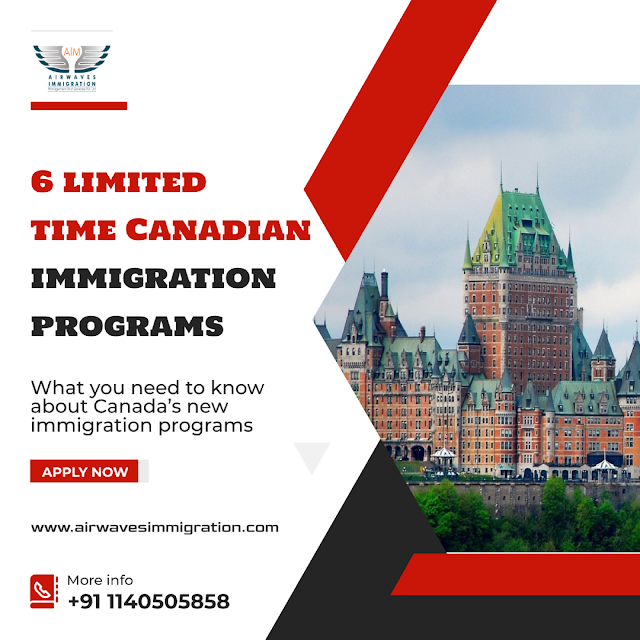 What you need to know about Canada’s new immigration programs Canada is opening up immigration pathways to essential workers, international students, and French speakers who are living in the country.
Read more

Canada held a new Express Entry draw, inviting candidates who had scores of at least 417 points on Friday April 16, 2021. 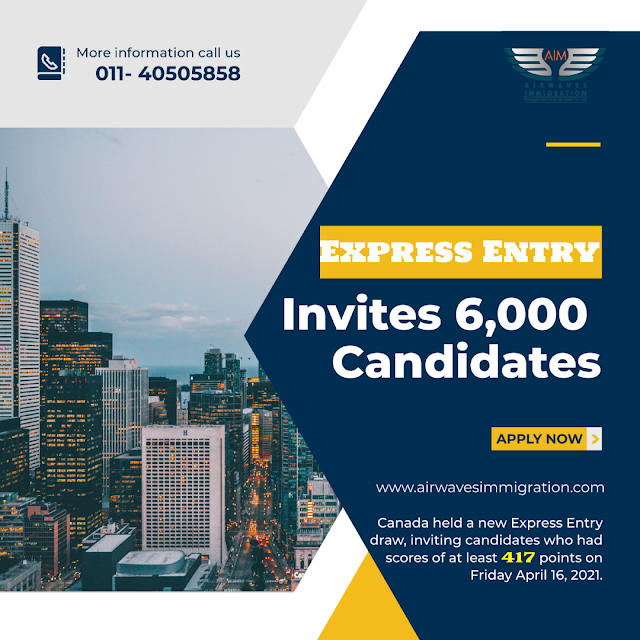 Airwaves Immigration
Airwaves is an expertise reputed India's top immigration corporate pursues a traditional practical approach with precise solutions without any phony vow our exemplary a driven company is backed by the unique skills of professionalized migration experts bagged with enormous experience and that has fetched us a place in top competing immigration firm.